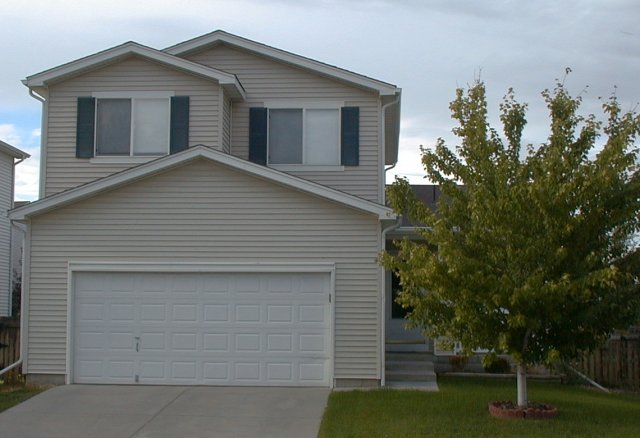 The former residence of Jaeger, Kiesa, Calvin, Cat5, and Willow, and site of Megafest 4.0 and Megafest 4.2. The remainder of this page is for historical interest; for current information, please consult glendale.festing.org.

monarch.festing.org is equipped with a wired and wireless network. Both are bridged together. You should be able to plug in, turn on DHCP, and be good to go.

The wireless access point is the DSL modem bolted to the under-side of the kitchen counter. You should get good coverage throughout the house and yard. Many of the neighbors also have wireless networks. Index cards identifying the wireless network parameters are available next to the wireless router.

On the main level, there are a pair of Ethernet jacks on the north wall of the living room, one of which is permanently used by the Mac Mini in the entertainment center, via a 10/100 switch sitting behind the tv.

On the upper level, Calvin's room features two Ethernet jacks wired (via the garage) to the basement wiring nexus. One or both wiring drops may be out of spec, as Jaeger has had trouble getting the network to function properly except with very special combinations of hardware on both ends.

Jaeger and Kiesa replaced their aging LaserJet 4M in February 2008[1] with a shiny new LaserJet 2605dn. (The "d" indicates duplexing; the "n" indicates network support.) They named their printer "Rygel", after the similarly-sized character from Farscape. Festors may use the printer by pointing their computers to the Internet Printing Protocol address http://ziyal.festnet:631/printers/rygel. Versions of Windows since 2000 support IPP natively.

Windows users may want to install the appropriate drivers, which are available from HP's website and shared on Ziyal:

For a summary of the exciting AV system, visit How to use Jaeger's bizarre TV setup.

Jaeger and Kiesa have been corrupted by their proximity to Boulder and have initiated a composting program in addition to various recycling. Please see the Megafest Recycling FAQ for more information.

Yanthor asked where the toilet plunger was. There are two plungers located in the basement to the left of the dryer.

These paint colors are used in the residence:

The local government may be best described as a despotic princely state, where Jaeger and Kiesa cede suzerainty to the city, state, and federal governments but wield vast despotic powers to set bedtimes and dictate proper nutrition, as long as certain human-rights constraints are met and the appropriate tribute is paid.