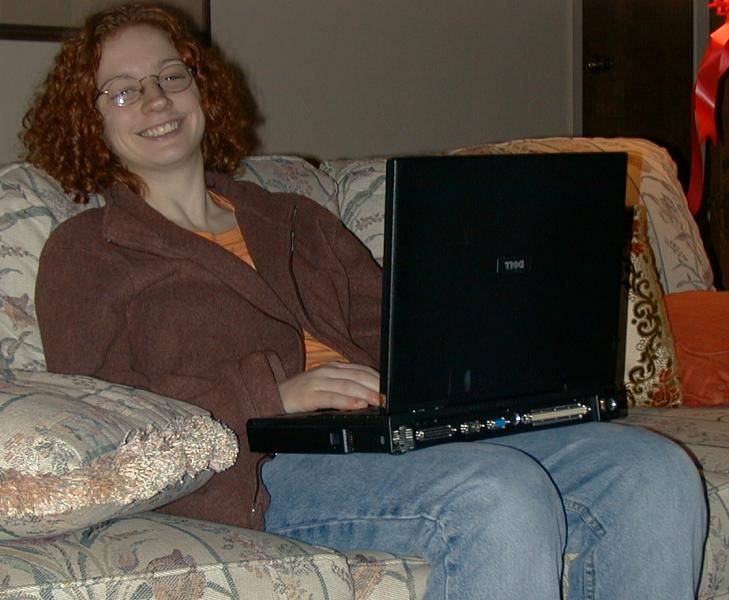 Regarding her name, Jaeger wrote:

Elssbett Mossadim showed up in two episodes of Andromeda (first and second seasons, while the show was still good). Kiesa thought Elssbett was a suitable strong female character, so she picked that name for her computer. Elssbett's husband Charlemagne Bolivar (who shows up in one episode played by James Marsters; when I discovered this last week I had no choice but to consult my old Andromeda archive to see this for myself. (Kiesa and I dubbed a temporary Windows experiment "Charlemagne" long ago.)

Kiesa first acquired Elssbett sometime in 2001, probably through her father's obsession with eBay. When Kiesa acquired Blue Kiesa in July 2004, Jaeger took posession until a tragic accident less than a year later. 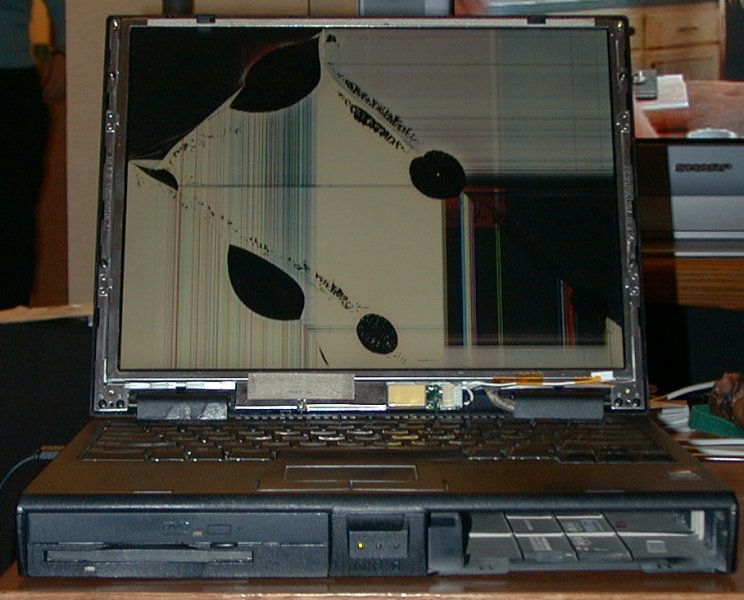 Ever since Kiesa first got Elssbett three (three and a half?) years ago, her LCD backlight had a screwy connection. By poking at it and pulling the LCD around, it would normally work better. Last summer I got bored and pulled the plastic frame off to see what I could do. (I wasn't expecting to get anywhere.) To my surprise, my poking made the backlight work much better. Only within the past month has it returned to its old tricks. Today the backlight cut out on me and I tried to get it to behave again, only this time I applied a bit too much force and heard a faint but sickening crack. With the power off, I could see a faint network of cracks; with the power on, you saw the pattern.